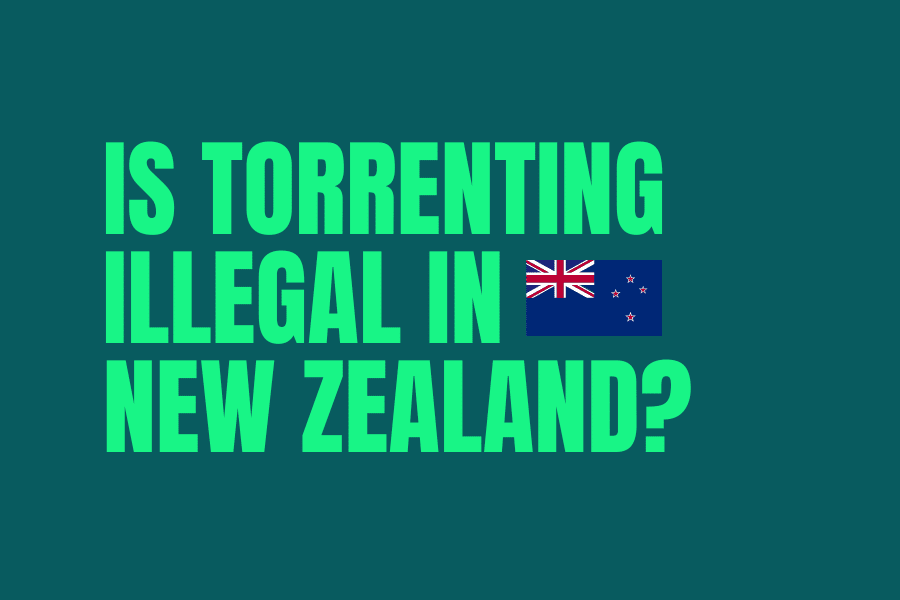 TLDR: Torrenting is legal in New Zealand, but it’s important to be aware of copyrighted materials that can’t be legally downloaded.

Note: None of the content in this article constitutes legal advice, please contact a qualified legal professional to understand all legal implications.

Torrenting is a popular way to share files online. It allows users to download files from multiple computers at the same time, making it much faster than traditional methods like HTTP. However, torrenting can also be used for piracy, which has led to some controversy around the practice.

There are many legitimate reasons to torrent, such as downloading large files or accessing content that is not available in your country. However, torrenting can also be used for illegal activities like downloading copyrighted material. This has caused some people to view torrenting as a dangerous activity.

There are some risks associated with torrenting, but these can be mitigated by taking precautions such as using a VPN. We’ll cover this later on.

Torrenting, or the downloading of files via the BitTorrent protocol, is legal in New Zealand. However, it is important to note that there are some copyrighted materials that cannot be legally downloaded via torrents. Additionally, uploading copyrighted materials without permission from the copyright holder may be illegal. The best way to avoid any legal issues when torrenting is to only download and share files that are not copyrighted. Copyright law in New Zealand is covered under the Copyright Act 1994.

Is Torrenting Popular in New Zealand?

A survey of New Zealand internet users found that torrenting is popular among many people in the country. The survey, conducted by the research firm Ipsos, found that 26 percent of respondents had downloaded or streamed content using a BitTorrent client in the last year. This number is likely to be even higher, as the survey did not include people who use private trackers or who engage in other methods of downloading content.

The most popular reasons for torrenting were found to be convenience (59 percent) and cost savings (49 percent). Many people also said they preferred the ability to choose exactly what they wanted to watch or listen to, rather than being limited by what was available on traditional broadcast or cable TV.

While torrenting is popular in New Zealand, it is important to remember that it is not always legal. As we mention above, copyright holders can take action against people who download or share copyrighted material without permission.

Why people in New Zealand use torrents

Like in many countries, reasons for torrenting can be many and ubitquitous. If we were to list the likeliest of reasons we would suggest these:

Use a VPN if You Decide to Torrent in New Zealand

For those still interested in torrenting in New Zealand, we highly recommend that you use a VPN. A VPN will encrypt your traffic and help to protect your identity and privacy. There are many free and paid VPNs available, so be sure to do your research before choosing one. A good VPN will offer a high level of security, fast speeds, and a user-friendly interface. We recommend many here and list NordVPN as our best choice.

When torrenting, it’s important to use caution and be aware of the risks. Make sure you’re only downloading legal content, and avoid clicking on any ads or pop-ups. If you’re not using a VPN, your IP address is visible to everyone, which could lead to identity theft or other malicious activity.

Is Despicable Me 3 on Netflix?

Is Shrek on Netflix?

Is Goodfellas on Netflix?

Is SiriusXM Streaming Free with Subscription?

Is Interstellar on Netflix?

Is Rick and Morty on Netflix?

Is Sons of Anarchy on Netflix?