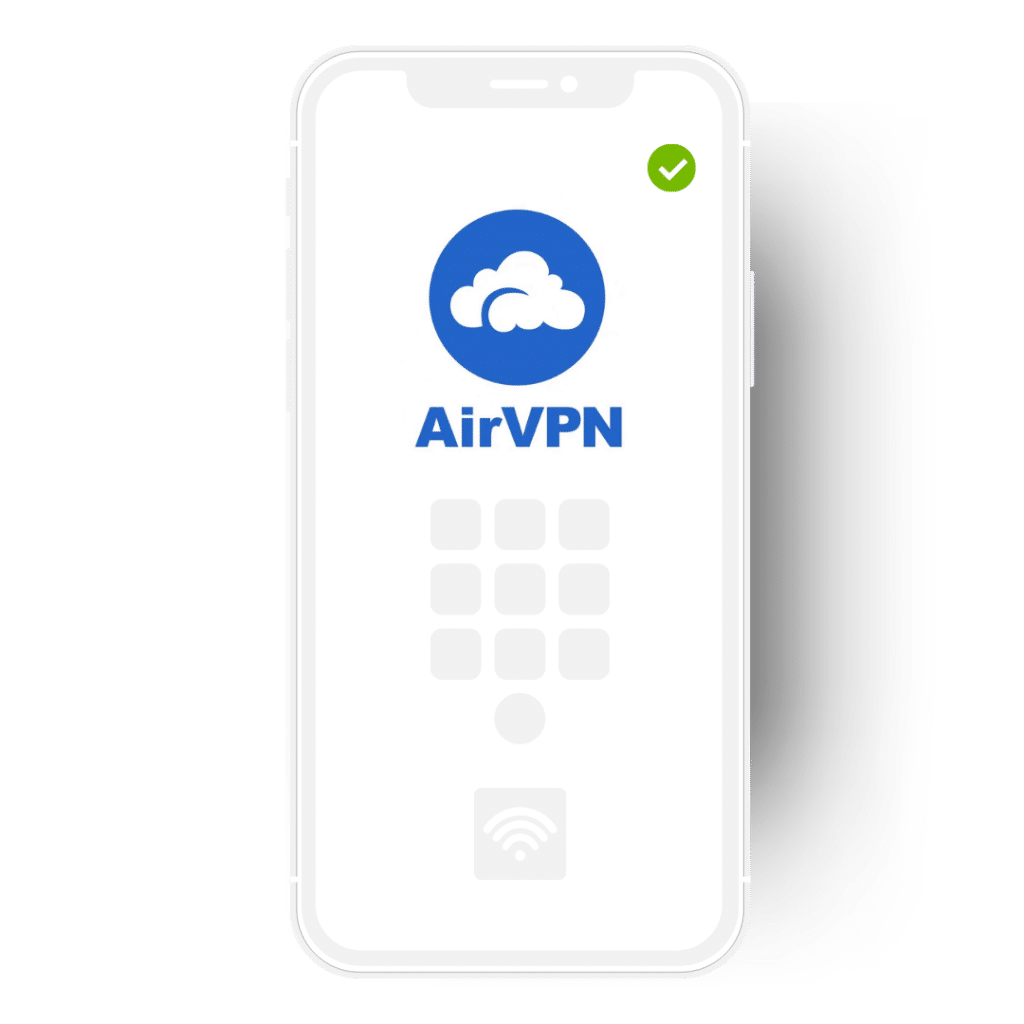 A virtual private network (VPN) is a piece of software that allows you to keep your online activity secure by masking your IP address and encrypting your data. With so many people and companies around that can profit from accessing your information, owning a VPN has never been more important – but with so many products available, it can be tricky to know which one to choose.

AirVPN markets itself as ‘the air to breathe the real Internet’ and is owned by a group of activists who campaign for net neutrality. With so many big rival companies to compete with, this sets AirVPN apart – but how does it perform? We spend some time testing it to find out.

VPNs keep your information safe from the attention of third parties by routing your data through a remote server – and one consequence of this re-routing is that you will usually notice a decrease in your download speed. How much of a drop you get varies from product to product.

Before connecting to AirVPN, we had an internet speed of a little under 100mbps, with an upload speed of almost exactly the same. Considering it is a relatively small company, we were surprised at how well AirVPN performed in this regard; once the VPN was connected, our download and upload speeds dropped to around 75mbps, meaning there was a total drop in speed of around 25%.

This should mean that you can connect to the VPN and still stream high-definition video without much buffering.

One downside of a smaller company like AirVPN is that, inevitably, they have a much smaller network of servers that major companies like NordVPN or Cyberghost can offer. The service provides 245 servers spread across 22 countries, which is dwarfed by the thousands provided by rivals, but it does have one significant thing in its favour.

If you visit the company website, you can view the status page which shows all of their available servers and the current load on each – enabling you to manually find a server that isn’t too busy, providing a fast and reliable connection.

We’ve established that AirVPN has a modest number of servers and decent speed – so what is its USP? The answer is simple: it offers fantastic security, better than many bigger and more expensive products. AirVPN sells itself on being a VPN you can trust, and they live up to their mission statement that sets out to preserve your right to privacy.

The software incorporates AES-256 encryption and runs on OpenVPN, while it provides a number of key features designed to ensure your privacy; the kill switch is a key function that disconnects you from the internet if you are cut off from the VPN, while the service switches your IP address regularly to prevent anyone from tracking your location.

One element of the mission statement laid out by AirVPN’s owners is the intention to ‘circumvent censorship’, but during testing we found the service to be hit and miss in this regard.

Many streaming apps now have different content libraries aimed at specific regions, and use ‘geo-blocking’ software to ensure the libraries can only be viewed in those regions. Some VPNs can get around this software by routing your connection through a server hosted in the country of the library you wish to view, but AirVPN was only partially successful.

We did manage to unblock the US version of Netflix during our testing period, but we were unable to access other Netflix libraries, nor could we view anything on iPlayer – so if your favourite shows are from another country, or you live abroad and want to view content from back home, other VPNs are more likely to be of use to you.

If you’re a regular user of torrents, you may have noticed that it is increasingly difficult to gain access to certain websites or software. The proliferation of copyrighted content on P2P software applications means that some ISPs now ban them to avoid legal issues, but a VPN can mask your activity, preventing anyone from knowing what sites and apps you are using.

Here, AirVPN really does live up to its reputation – the software places no limits on torrenting on any of its servers (which are optimised for P2P software), while the fast connections mean you should be able to download even large files quickly and easily. The company operates a no-logging policy, giving you an additional layer of security.

Although AirVPN’s average speeds are fairly good, the service does increase your latency significantly – our ping went up 500% when we connected via the VPN to around 17ms, which occasionally lea to a level of lag that made gaming a frustrating experience.

That said, it was mostly fine in this regard, with no noticeable spikes that led to buffering issues or moments where a game became unplayable – and the option to choose a server close to your real location makes it a lot easier to find a stable connection.

Although the trial is listed at €2 (approx. $2.42) for three days, the site does suggest it offers free trials – however you must submit a request via the contact form on the website.

DNS leaks can be a significant threat as it exposes DNS requests on your computer to the servers of internet service providers. According to independent testing platforms, AirVPN had no DNS leaks up to this date.

To date, AirVPN hasn’t released a warrant canary, which can be a bit disappointing. If you don’t know what a warrant canary is, it’s simply a transparency procedure that some VPN services use to announce that they haven’t received any secret warrants from the government that’d force them to give away users’ data. It’s not a guaranteed proof of privacy, but it makes users more trustful in the service.

If you want to reach out to AirVPN’s customer service, you can either file a support ticket and wait for a response (usually takes 48-hour), or ask your question on the support forums, where you’ll receive answers from other users and AirVPN’s official representatives. You also get a database of some of the most frequently asked questions.

We’d have preferred a faster way to get help, like live chat or phone support, but the ticketing system and the forum should get the job done. It’s also worth noting that the company has always claimed that they would never outsource customer support to ensure an excellent user experience.

AirVPN is based in Italy, which is considered a red flag since Italy is a member of the Fourteen Eyes Alliance, an international intelligence-sharing agreement. The agreement states that participating countries may cooperate with each other if the online activity of some users is required.

However, the company has constantly noted that the service operates under the European Union’s law jurisdiction, which contradicts with the Fourteen Eyes agreement.

On a side note, it was never publicly revealed who the people behind AirVPN are, which could raise some transparency questions. Nevertheless, many VPN companies prefer not to disclose the names of their key people as a protective measure to prevent blackmailing.

The company claims that only a select few of its team have access to the VPN’s servers to protect users from getting their data misused. What’s even more interesting is that the company offers a free server-monitoring system, which allows anyone on the internet to monitor the infrastructure status of the VPN’s servers.

Further, the service features separate entry and exit IP addresses on all of its VPN servers to protect users against correlation attacks, a feature that’s often overlooked but is actually pretty important.

AirVPN was founded in 2010 by a team of activists and hackers. It was a free project at first, but the service evolved into a fully-fledged company in 2012.

At first, the service only had two servers in one country. Since then, it has grown quickly, and as of writing this article, the VPN offers more than 240 servers in 21 countries. While the number of servers isn’t that much compared to other more prominent VPN services, AirVPN makes up for that by ensuring that their users’ data is safe and private.

We can’t really say for sure whether AirVPN is 100% secure or not. The service was never accused of infringing the data of its users, but some factors, like the fact that the service is based in a Fourteen Eyes member country, have made us doubtful.

Does AirVPN Work With Netflix?

Yes, AirVPN is capable of unblocking US Netflix. Some algorithm updates to Netflix may cause problems, but once AirVPN is updated, you can continue using Netflix normally.

How Many Simultaneous Connections Can I Establish From a Single AirVPN Account?

AirVPN allows you to connect up to 5 devices simultaneously using the same account at no extra cost. If you’re using the same network to access the internet and want to connect to the same server on all of your devices, you can either use a router or a gateway-configured computer.

Yes, AirVPN allows P2P connections, which means that you can use it to download torrent files without getting your identity exposed.

To optimize AirVPN for torrenting use, log in to your account, select “Forwarded ports” under the “Client’s Area” section, and choose a port or let the computer choose it automatically for you. After that, you must set up the port used for incoming connections on your BitTorrent client and match it with that of the VPN.

It’s fair to say that AirVPN is something of a mixed bag. There are plenty of positives – excellent security features, optimised servers for torrenting and a trustworthy brand – however the limited server base pales compared to some other products, and it isn’t brilliant for gaming or streaming services.

If security is your priority, then AirVPN offers a superb service at an attractive price. If you’re a hardcore gamer or want to access a wide range of content libraries from around the world, there are better options available.